Explore the most famous wrecksite of all!

NARRATOR:
The Royal Mail Ship Titanic was thought to be unsinkable. But on April 14, 1912, during her maiden voyage, Titanic struck an iceberg in the North Atlantic. On that fateful day, the world lost the largest and most advanced passenger steamship of her time.

Marine explorer Dr. Robert Ballard first located the wreckage in 1985. Nearly 20 years later, he returned with a team of researchers to map the wreckage and conduct scientific analysis of its deterioration. Remotely operated vehicles were used to conduct a "look, don't touch" mission, which is extremely important in respecting and protecting this memorial.

Fitted with high definition cameras, the ROVs were able to stay in one spot long enough to reveal subtle features never seen before. Here we see Captain Smith's cabin. The side of the cabin has deteriorated and fallen away, and we plainly see the bathtub, pipes, and faucets. This large hole is at the base of the ship's forward smokestack, which was ripped off when the ship sank to the bottom.

The ship wreckage is now covered with what look like rusty icicles, called rusticles. These formations are actually communities of bacteria that slowly eat away at the ship's iron and give the shipwreck its melting appearance. A comparison of rusticle growth over time helps scientists to better understand Titanic's degradation, as well as that of other metal shipwrecks.

The story of Titanic's sinking and her ill-fated passengers have been famously told in films and books. But Titanic lives on at the bottom of the ocean as a maritime memorial and as a scientific laboratory. 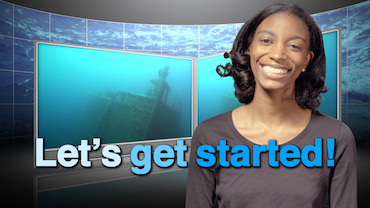 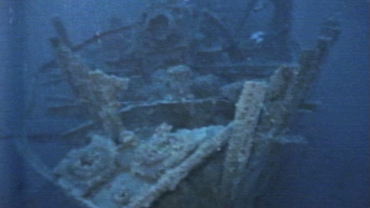 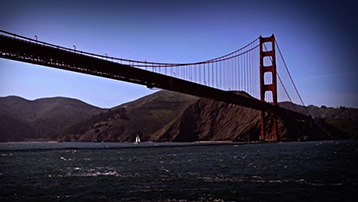 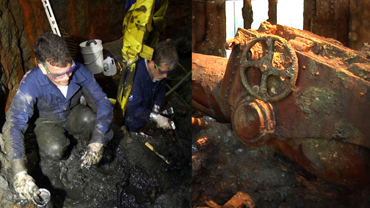 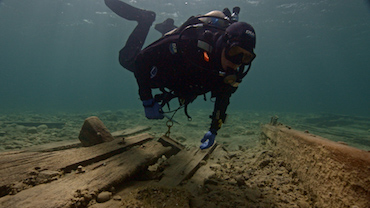 The Titanic had on board a Turkish bath, several libraries, a squash court, and a heated swimming pool. The luxury liner even had an infirmary with an operating room.

The Titanic was about as long as the Empire State building is tall.

The Titanic used 14,000 gallons of drinking water every 24 hours.