Light in the Deep Sea with Dr. Edie Widder (Bonus 1)

Bioluminescence plays a key role in the survival of deep sea organisms.

Light in the Deep Sea with Dr. Edie Widder

Hi I'm dr. Edie Widder. I am a deep-sea Explorer. I'm also the CEO and senior scientist of the Ocean Research and Conservation Association and I am absolutely passionate about bioluminescence which is what we're going to be talking about today.

So, they can use the luminescence to attract food to them, and they do it in a bunch of really interesting ways, or they can use it to be able to see their food so a lot of them have built-in flashlights under their eyes that they can see with. So, it gets used for finding food for finding and attracting mates and then it gets used a lot for defense and they'll release particles or just luminescent slime into the face of a predator.

There's some that use it as a way to communicate the fact that they taste bad, "I'm poisonous don't touch me or you'll be sorry". Some that use it in something that's called a bioluminescent burglar alarm and these are some of the most spectacular displays because if you're caught in the clutches of a predator your only hope for escape may be you to attract something bigger that will attack your attacker. That's the same reason that birds and monkeys have fear screams. They use them to attract something bigger that will attack their attacker and so the really really bright flashy displays are basically a scream for help with light and that amazing light show that's going to attract attention from a long way around seen by predators from hundreds of meters away that would come in to find something tasty to nibble on.

So, we know that the animals have evolved it in order to help them survive and the reason that there are so many animals in the ocean compared to on land that make light is because there's no trees or bushes for animals to hide behind out there and yet pray need to be able to hide from their predators, and predators need to be able to sneak up on prey, and so all of the same evolutionary pressures that are at play but it's just a completely different environment.

So as the ocean filled up with ever swifter and nastier predators the only way prey could hide from those predators was to go deeper. They already had eyes but the selection pressure now was to become more visually sensitive so that as they went deeper they could still see each other and communicate visually and then to enhance those visual signals to make them more visible which is what eventually led to bioluminescence.

The fact that there is this frontier on earth is something that most people don't actually fully appreciate. A lot of kids think that there's no earthly frontiers left. That the only way they're ever going to be able to explore a frontier is to go out into space and that's just simply untrue. I get the appeal of wanting to go explore Mars but honestly, I can't imagine that anything you could find there could even remotely compare to the things that we're finding in the ocean.

These animals are crazy I mean they just have all kinds of weird adaptations that we don't understand even the first degree, in some cases, because we know so little about that environment. 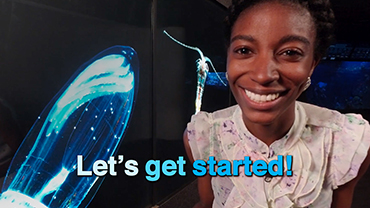 CREEP INTO THE DEEP
(INTRODUCTION) 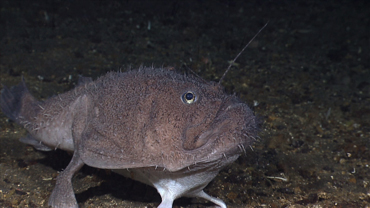 CREATURES OF THE DEEP: ANGLERFISH
(PART 3) 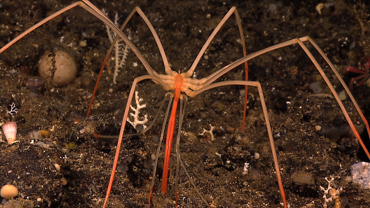 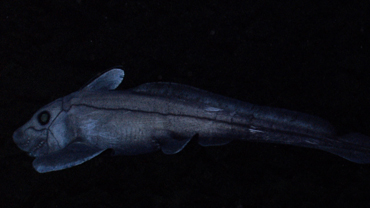 CREATURES OF THE DEEP: CHIMAERA
(PART 5) 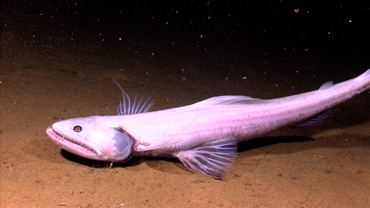 CREATURES OF THE DEEP: BATHYSAURUS
(PART 6) 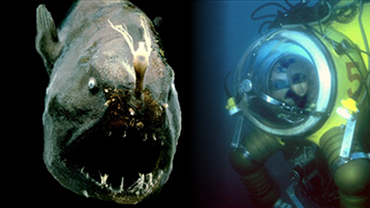 LIGHT IN THE DEEP SEA WITH DR. EDIE WIDDER
(BONUS 1) 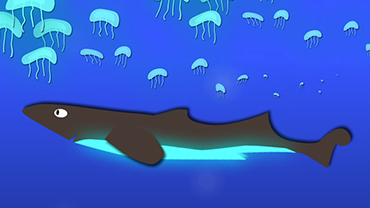 WHAT IS BIOLUMINESCENCE?
(BONUS 2)

Bioluminescence and Vision on the Deep Seafloor 2015

Bioluminescence is the production and emission of light by a living organism.

Bioluminescent creatures are found throughout marine habitats, from the ocean surface to the deep sea floor.